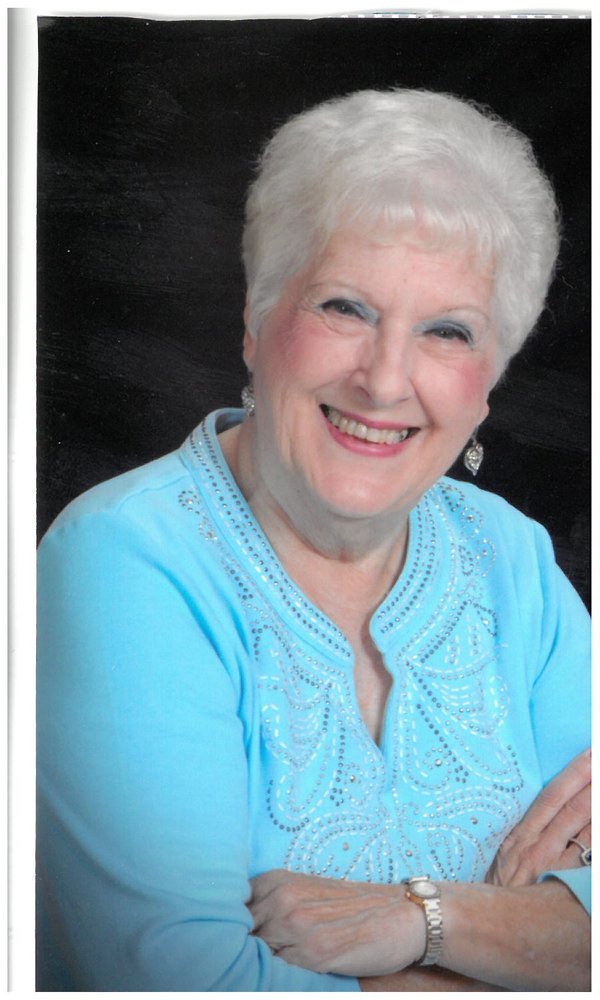 Dolores Riego de Dios, 84 of Tampa, Florida passed away April 4, 2021, Easter Sunday. She was born in Pottsville, PA and moved to Florida in 1997. Dolores was a telephone operator and administrative assistant for AT&T. She was Catholic by faith and a member of Our lady of the Rosary Catholic Church. Dolores was the youngest of 6 sisters, growing up in Weatherly, Pa.

She began her love of music in her High School choir and sang in Chorales and music programs.

She met her husband Delfin in Philadelphia at a USO dance, he was a young recruit in the Navy and she was a Telephone operator. After they married in 1956, the Navy transferred them to Norfolk, VA where they raised their 6 children, Rebecca, Cynthia, Christopher, Lisa, Juanita and Victoria. As a Navy wife, Dolores had to spend many months as a single parent when Delfin was shipped out to sea. One year, she spent the entire year without him when he was assigned to a hospital Navy ship in Vietnam.

When Delfin retired from the Navy after 20 years of service, she continued working for AT&T and became active in the choir at Holy Trinity Catholic Church in Norfolk and sang at several weddings and funerals. Holy Trinity’s Music director received an invitation from Rome to bring his choir to the Vatican and perform for the Pope.  This was a dream come true for Dolores, not only to travel abroad to Italy but to be a part of the highest honor in the Catholic Church, to meet and sing for the Pope.

She decided to attend Old Dominion University’s college of music in Norfolk to pursue a music degree and take formal voice lessons. It was during this time when she was cast in the University’s opera productions which led her to audition for the Virginia Opera. She was chosen as a soprano singer in the Virginia Opera chorus. She was also given the opportunity to perform in various roles on stage.

Performing and singing in the opera was another dream come true for her and many of her performances were attended by family and friends.

As a member of AT&T’s non-profit organization, The Telephone Pioneers, she was instrumental in raising money for their project charity, “Operation Smile.” She organized a benefit show that included Actress Tyne Daly as the headliner. The proceeds from the show helped to provide funding for the doctors who perform operations on under-privileged children born with cleft palates in over-seas nations like the Philippines.

In 1993, she helped to produce another charity event, the AT&T Artists for Humanity, “A Gala of Stars.” The proceeds from this event helped to provide funding for local homeless shelters in the area. The event featured various opera singers, the Virginia Symphony and the Virginia Ballet.

After her retirement from AT&T, she and Delfin decided to relocate and make Florida their new home. They moved to several areas near Tampa until they finally settled in San Antonio. Dolores became a member of Our Lady of the Rosary Catholic Church and became a member of the church choir. She was a Cantor at funerals, served in the Jail ministry and worked with the Columbiettes organization.

She joined the opera in Tampa and continued her love of singing as a Soprano chorus member, with performances at the Tampa Bay Opera.

As a Rotary Club member, she continued her charitable work organizing fundraising concerts and performing in the shows.

Dolores and Delfin were together for 64 years and although there were definite cultural differences between the two of them, they managed to make their relationship work and provide a decent life for their family.

Dolores will be dearly missed by her family and friends but there is comfort in knowing she is in a better place with God and she has joined her husband Delfin and son Chris in heaven. Dolores is survived by her daughters; Rebecca Moniot, Cynthia Keaton, Lisa Proffitt, Junaita Riego de Dios and Victoria Riego de Dios; sisters, Katherine, Agnes, Mary, Joan and Anna; thirteen grandchildren and nine great grandchildren. In lieu of flowers please donate to Diabetes Society, Dementia Alzheimer’s Association and San Antonio Rotary Club.

To send flowers to the family or plant a tree in memory of Dolores Riego de Dios, please visit Tribute Store
Monday
12
April

Share Your Memory of
Dolores
Upload Your Memory View All Memories
Be the first to upload a memory!
Share A Memory
Send Flowers