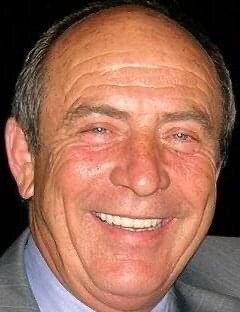 Gerald P. Pogue, 73 of Land O’Lakes, Florida, passed away April 3, 2021. He was born in Milwaukee, Wisconsin and moved to Florida in 1994. He served honorably in both the United States Marine Corps. as well as the United States Army where he earned his rank of Major. He was president of Gerard Systems before retiring in 2014. Gerry was an avid golfer, diver, loyal member of the VNVMC.

He is survived by his wife of over 8 years, Rochelle Pogue; son, Brian Pogue; daughters, Brittany Pogue, Cindy Roman and Stacie Solomon. Also surviving are his brothers, Tony Pogorzelski and Michael Pogorzelski and his granddaughter, Alexys Pogue. Gerald was predeceased by his parents, Henry and Alice Pogorzelski, his brothers, Ronald and James and his son, Andrew.

To send flowers to the family or plant a tree in memory of Gerald Pogue, please visit Tribute Store
Friday
9
April

Share Your Memory of
Gerald
Upload Your Memory View All Memories
Be the first to upload a memory!
Share A Memory
Send Flowers