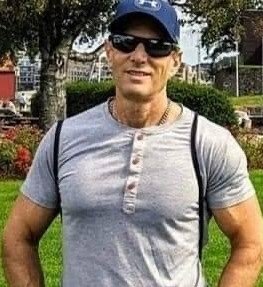 Lawrence Liebler, known to friends and family as "Larry," passed away unexpectedly on March 18, 2021 , at the age of 58.

Born and raised in the Bronx, NYC. Larry graduated from John F. Kennedy High School and completed both his Undergraduate and Graduate degrees from St. Leo University.

He began his career in IT, and in 1988 began working at USAA where he worked for 29 years. He retired early in 2017 as a Network Engineer.

Larry had many hobbies throughout his lifetime including bodybuilding, basketball, hockey, and photography.  He was a travel enthusiast, spending time in many places including Germany, Norway, France, Canada, Iceland, Switzerland, Austria, Canada, and several others. More recently, his adventures were spent RVing around the U.S. in places like Colorado, New Orleans, Virginia, and he particularly enjoyed The Ocala National Forest in Florida.

Larry is survived by his wife of 29 years, Laura Liebler, daughter, Barbara Collins, sons, Michael Dulaney, Lawrence Liebler, and Sean Liebler, as well as 8 grandchildren, a sister, Amy Conner, and a brother, Harry Liebler. He is preceded by his parents, John & Esther Liebler and sister, Judy Liebler.

To send flowers to the family or plant a tree in memory of Lawrence Liebler, please visit Tribute Store

Share Your Memory of
Lawrence
Upload Your Memory View All Memories
Be the first to upload a memory!
Share A Memory
Send Flowers